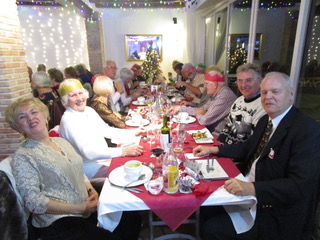 Venta Roja was sparkling with hundreds of Christmas lights as the members were welcomed with nibbles and cava or buck’s fizz as they gathered to catch up on news and to find their allocated tables. The entertainment was to be provided by U3A’s own Entertainers but first we all settled down to our three course Christmas dinner, with wine or soft drinks. John and Tina, our Venta Roja hosts, had offered a choice of three starters, three main courses and three desserts – however, traditional as ever, most members selected the pate, turkey and all the trimmings followed by Christmas pudding. We may be a long way from our place of birth, but some things never change, and turkey at Christmas is one of them. Tina and her team did an excellent job serving all the tables with their chosen selections.

With dinner enjoyed and everyone feeling content, The Entertainers started their performance with a selection of pop songs interspersed with Xmas songs and Pete, their lighting engineer, weaved lighting magic to reflect the mood of the song. David lead them into their first set of ballad style songs, so that everyone could sit back, enjoy and relax after their dinner. Linda set a high standard with her early rendition of ‘Runaway’, from the Corrs, and Sandra gave us her beautiful version of ‘Moonlight Shadow’ before the Christmas theme was introduced, with an innovative dance routine from the Dolly Birds, to ‘Little Drummer Boy’. The set concluded with ‘Hey Jude’ - which was an introduction to the dance theme of the second set.
During their break Sandra and Marion made the raffle draw, and the dance floor was made available to the Dance Group to demonstrate, as best as possible in the limited space, some ballroom dancing – before the second set kicked off with ‘Dancing Queen’, which as usual got everybody up and doing their thing.

Geraldine kept everyone on their feet with ‘Shout’, from the Spice Girls, and Bob and David gave us ‘Driving Home for Xmas’ whilst the ladies tore around the dance floor in time with the music like F1 drivers. ‘Feliz Navidad’ brought back the Christmas theme before Sandra and Linda wished everybody a ‘Happy New Year’. Another wonderful evening of good food and excellent entertainment was concluded with a disco themed version of ‘Jerusalem’.

On behalf of the members who attended many thanks to Sandra and the TCET team for their organisation of .a memorable evening, 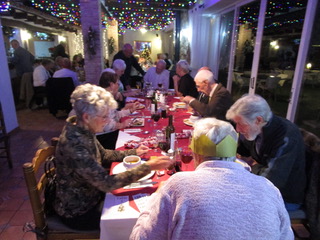 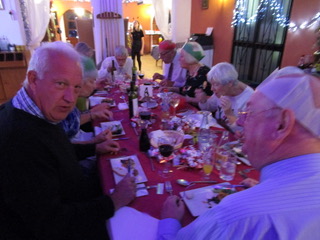 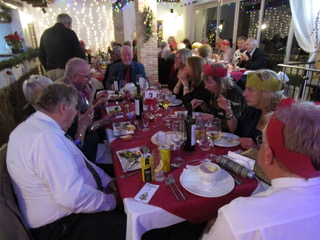 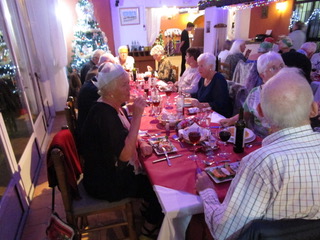 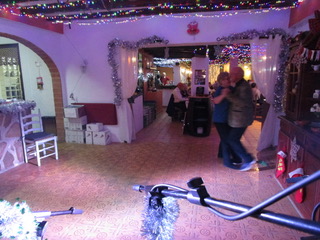 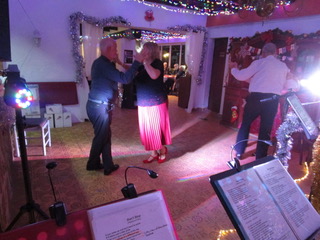 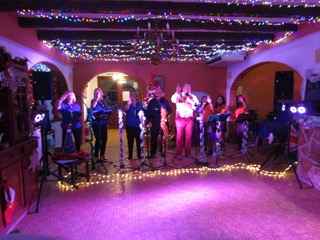 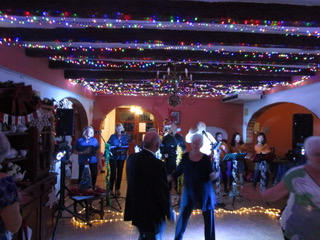 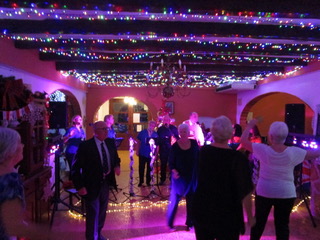 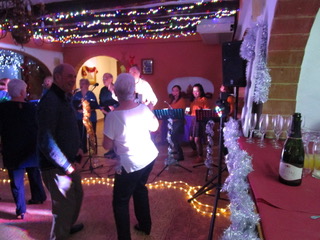 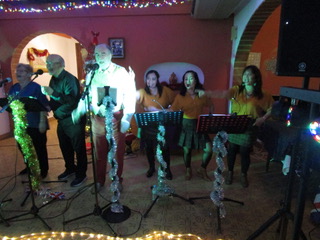 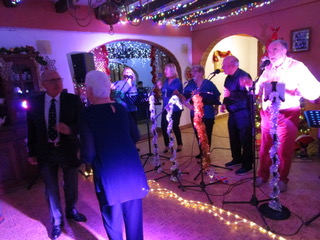 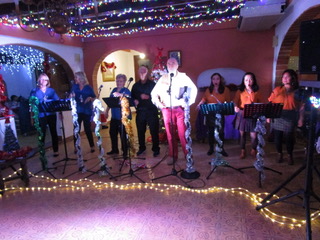 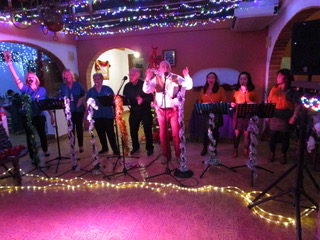 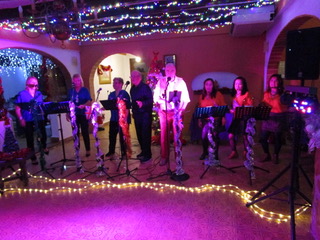