The Vall del Pop U3A started their General Assembly on 6th October with a busy pre-meeting period for booking trips and events, perusing the Pre-Loved Table and, my personal favourite, enjoying the freshly prepared cakes. Paula did us proud this month with a wide variety of delicious cakes, the sponge with fresh strawberry was well worth a second piece – but I had just eaten the last slice!!

After the Association business Mike Pick gave the full house of members a fascinating talk on the evolution of the guitar and then played us extracts from some of his favourite tunes. Mike is a retired music teacher and a consummate guitar player, who has performed singly, in duos and with groups. He advised he is hoping to get back to performing again next year and he is currently having lessons, to correct flaws he can hear in his technique as he gets back to serious practice. He was first motivated to pick up the guitar at the age of 7, after hearing some guitar music and determined, in his own mind, to master the guitar. Now, at the age of 70 he has around 10 guitars and is still buying new ones.

The guitar developed from the lyre, when frets and the bridge were added and can have anything from three to twelve strings. Mike showed photographs of various protypes of different shapes and sizes, with the Spanish guitar being developed in the late 1800s, with Manuel Torres reputed to have fixed the standard size. The rosewood internal strutting of the base of the guitar influences the tone of the instrument and the sides and base are usually made of the same wood, with the front made of a softwood. The head stocks differ depending upon the manufacturer and the number of strings.

Mike explained that different tone can be achieved depending upon whether the strings are stroked or plucked. He says the guitar is easy to play, but when I saw he was using three fingers and the thumb of the right hand to pluck the strings and four fingers of the left hand to hold the chords it looked far from easy!

Mike then gave us a demonstration of the different ways the sound of the guitar can be changed and the different forms of music, such as jazz, that can be played. The sound bites that he played reminded me of when I had heard Segovia, Julian Bream and John Williams playing in my childhood and youth – if there were any flaws I certainly did not hear them.

Many thanks Mike for a most interesting talk. Next month we have Fireman Pete [Cleary] who I am hoping he will enthral us with facts and stories about his life as a fireman. 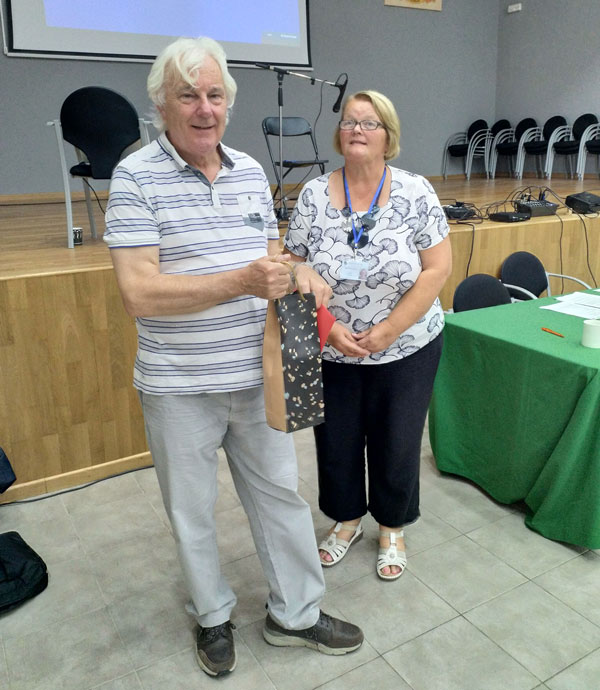