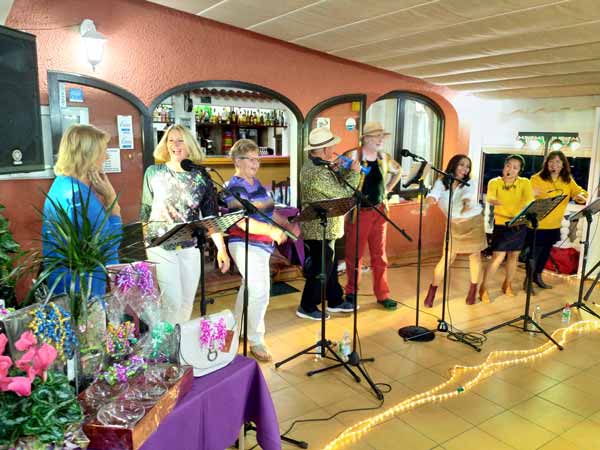 The Entertainers Take Pepe's by Storm

On Saturday evening, 19th October, the U3A Vall del Pop arranged dinner and entertainment for some seventy diners at Pepe’s restaurant in Alcalali - with The Entertainers [U3A group] performing their ‘History of Pop Music’- what a magical evening it was. 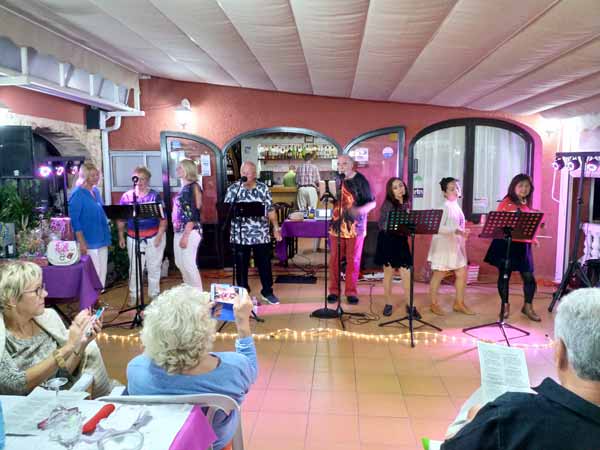 The Entertainers comprise eight vocalists, ‘The Dolly Birds’, Ditas/Dolly/Geraldine providing well-rehearsed dance moves in support of ‘The Blondie Birds’, Jo/Linda/Sandra, with the ‘Ham and Cheese in the Sandwich’, Bob and David were raising money for Jalon Valley Help. Their medley of songs, starting from the 60s, was introduced with humour by our jovial compere, Mr. Bob, who introduced the song, with some interesting background about the original singer - aided and abetted by David, the group’s musical director. Mr. Bob claimed choreography and voice coach skills during the evening but, judging by his own moves I think we need to take those claims with a bucket or two, rather than a pinch, of salt. His skills on the plastic trumpet and guitar, and his bow and arrow routine, had to be seen to be believed!! 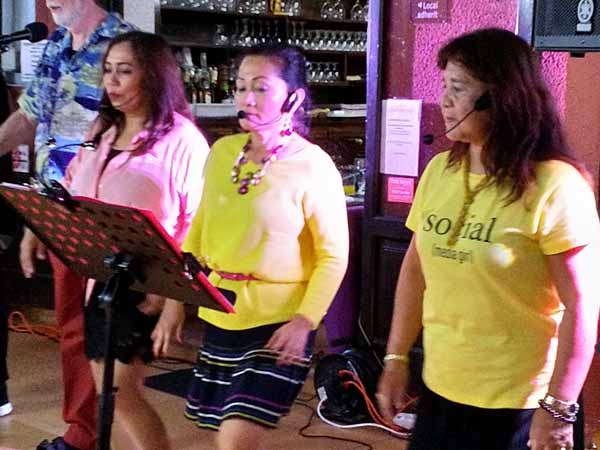 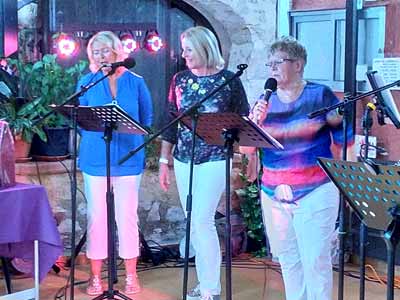 The Entertainers moved us through the decades, starting with The Beatles, and encouraged us all to singalong using the provided song sheets. The close harmonies and supporting dance moves showed the extensive rehearsal effort put in by the group, whether singing as a group or in support of the various soloists. In the first set, Bob, a man of many talents, gave us our first solo, and boy he enjoyed it! David followed a little later before Sandra took everyone’s breath away in closing the set with ‘Send in the Clowns’.

The second set started with songs for dancing, ‘Dancing Queen’ as usual calling all the disco divas to relive their memories and moves from their youth. We were now up to the 80s, and the classic songs had many up dancing, before Sandra, supported by Linda and Ditas, gave us the hauntingly beautiful “I Know Him So Well”. 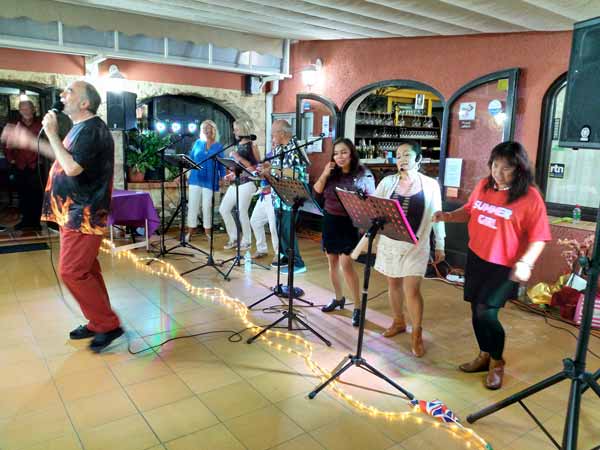 After a third costume change for The Entertainers, the final set took us from the 90s to 2018, David leading us out with a ballad before Linda enchantingly gave us a wonderful rendition of “Runaway”. More ballads followed before Geraldine tried to steal the show with “Stop” from the Spice Girls – who needs Mel B and C etc when we have The Dolly Birds!!

Noisy requests led to an encore, with us all singing ‘Hey Jude’ before The Entertainers closed out with a disco version of Blake’s famous hymn ‘Jerusalem’. 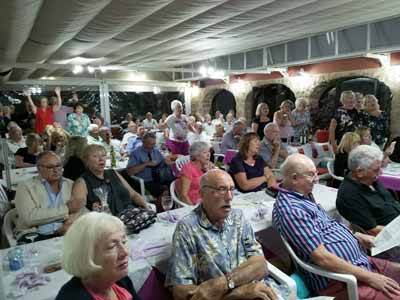 Thank you to the Entertainers for a great show, we look forward to more brilliant performances.

Finally, a big thank you to Pepe and his team for the good food and wine, and for making his premises available for this charity event.

More information about The Entertainers