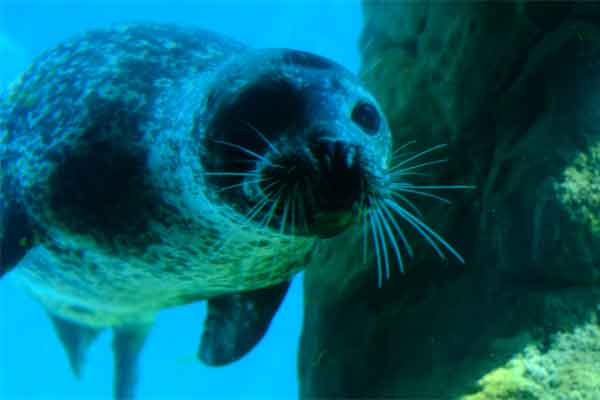 Yesterday, 11th April 2019 a coachload of U3A Vall del Pop members set off from Jalon to enjoy a day in Valencia. The weather was gorgeous and we had a choice of what to do, either the Oceanographic Centre, the Bioparc (Zoo) or to explore the city under your own steam.

A prompt start from Jalon on a modern, comfortable coach in the expert hands of Luis our driver was a good way to get to València. The bonus of a bright sunny day got everybody in the right mood and after sorting out who was going where and the more important return pick up times the group split up to spend their day where they had chosen.

For ourselves we took a steady walk up from the Train Station past the Town Hall and into the friendly Information Office next door. A great City map proved very useful, the many delightful attractions enroute to our first stop set the tone for the day.
A good coffee and croissant in a bustling Spanish Bar set us up nicely and we strolled in the sunshine up to the Turia Gardens, the old riverbed, so beautifully transformed into one of the best Park spaces in Europe, we agree totally with the poll that said so.

Across a few wide avenues, unused to traffic and blinking pedestrian lights we picked our way carefully, following the crowd rather than the few kami-kaze pedestrians who obviously weren’t having a leisure day as we were.
Everywhere during the day we kept noticing how clean everywhere was, with few exceptions and some garish graffiti down some of the warrens of narrow streets in the Old Town, the Ciutat Vella, we were so impressed. No rubbish to be seen and the variety of delightful buildings, churches, archaeology from many different eras reminded us of the fabulous history and culture, influenced by so many over the many thousand years of its’ history. Greeks Visigoths Romans Moors they’ve all left their mark here.

We strolled happily up through the old town. Threading through crowds, listening to languages from all points of the compass and gazing at the grandeur of the buildings and admiring the many open green spaces, graceful plazas and fine old buildings, their decorative tiles and stonework and complex iron grills, rejas were a joy. We’ve been to Valéncia a couple of times and it never disappoints.

Our first point of call was to be the Fine Arts Museum, Museo de Bellas Artes, just across la Puente de la Trinidad bridge and we spent a delightful hour and more enjoying the range of art and sculptures. Heading first for the Sorolla area, although with the current exhibition of his work in London we may have missed out on a few of his classics.

On the way back down to the ground floor we spotted a huge display of religious paintings and icons and grazed the various rooms, avoiding where possible the groups of teenagers and school kids,some more interested in their phones than the treasures around them. Sure I was the same at that age.

As it was nearing lunchtime we did what we normally do and found a small Spanish restaurant down a back street, but close to the Centre and had a very decent menu del día for basic 10euros, to which we added a couple of drinks too and still felt it was good value, freshly cooked and charming service. As always we tried to practice our Spanish with the waitress who wanted to practice her English, so that was an amusing parallel conversation.

We skirted around the Cathedral, marvelled at the age of the buildings and the delightful huge fountain, a great birdbath with, sparkling water gushing out of the nymphs pitchers.

Everywhere we went smiling visitors taking and posing for photos. This occasion I’d left my camera behind, in just a few weeks I`m taking twin great nieces, visiting from Canada on their first “European Travels”, we’re staying overnight near the Centre and the various pamphlets I picked up will help us get the most out of our time there.

Dr. Samuel Johnson obviously never got to Valéncia, I’ll never get tired of this special City.

We arrived on a warm, sunny day to be greeted at the entrance by a magnificent specimen of an elephant, carved from wood.

The giraffes were spectacular in their enclosure and even treated us to a gallop. The most surreal part was looking up at the giraffes and seeing a 737, with its wheels down, coming into land at Valencia Airport. The park, although set in what seems to be the middle of town, has a calmness and tranquillity about it.

Not to be missed is the show in the open air theatre at 1.00pm where the birds of prey are displayed along with some other mammels.

All the animals seem to be well cared for and whilst viewing a lion and lioness, another lioness passed in front of us and would have been within touching distance had it not been from the retaining perspex type barrier (obviously a lot stronger).

For those of us that are not as mobile as we would like, there is only one steep part of the Park and this is covered by a lift if required; all other parts are gently undulating. There are also plent of watering and feeding stops for the humans serving a wide variety of food and drink.

My husband and I chose the Oceanographic Centre and it was brilliant. It is housed in one of these modern iconic eye-catching buildings very much a part of the 21st century. All the fish, sealife and mammals were beautifully displayed and it must take an army of people to feed them all. The only wish we would have is that the whales, sea lions and walruses had a bit more room in their pools, after all a beluga whale is quite large!. 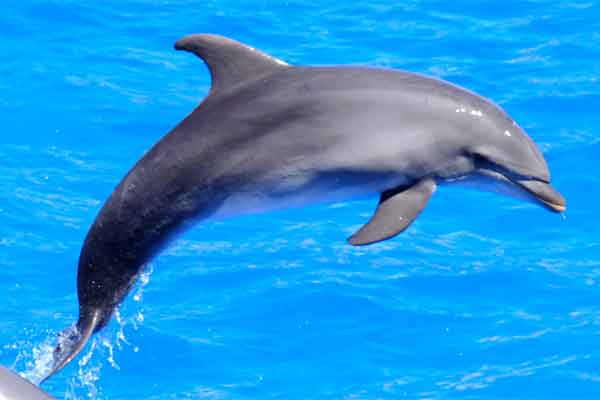 The highlight of the day for us was the dolphin show, the hours the staff must spend with them must be tremendous but they did seem to be enjoying it all. The dolphins are so clever but trying to take photos of them whilst doing all these acrobatics, it’s a miracle if you can capture anything. We have attached a couple of them just to prove we did manage to get something!! We spoke with more of our fellow travellers and they had watched the 4D Cine show and apparently that is also a very good experience, with wind blowing in their faces as well as getting a bit wet!!

The coach ran like clockwork picking us all up again and we want to add a big thank you to Sandra for taking over the organisation of the trip at the last minute. She also organised a “chocolate” Easter raffle and yes, we were lucky enough to win a lovely box of chocolates, as well as everyone on the bus getting a small Easter egg.