The Entertainers is a vocal group with a mission to perform classic pop ballads and up-tempo hit songs that you all know (unless you have lived your entire life in Outer Mongolia), with a special emphasis on fun, entertainment and audience participation.

We currently have a line-up of eight main singers, and a repertoire of over one hundred songs, ranging from big show numbers to rock to waltz-tempo ballads.

Our musical director is David Rohl, who has worked in the music industry for over fifty years, starting in local bands in his teenage years, going on to become a recording engineer and, eventually, a top-flight record producer working for George Martin’s Air Producers Group. David records The Entertainers backing tracks in his home studio for the group to sing to.

Our song list caters for a generation which grew up in the 1960s, 70s and 80s, and is very much influenced by the music of that era. The primary aim is to entertain that generation with songs they are familiar with and which they can join in or dance to. But we also tackle a lot of classic songs from the later decades – even tracks released as late as 2019! David has recently included some album tracks from major artists that are not so well known but which have great rhythms or fabulous harmonies or dramatic orchestrations. We don’t just sing ... we put on a show, with our own lighting rig and lighting director!

The Entertainers is already in high demand for charity events in the Jalon and Orba Valleys, performing for dinner-dances and more formal concerts. We also take to the stage at U3A events such as General Assemblies and the annual Christmas meeting, as well as events in the local villages during the festive season.

Rehearsals are usually fortnightly, or sometimes weekly when leading up to major events. We charge €2 per session to help with the costs of equipment and general maintenance (which includes tea/coffee and biscuits). 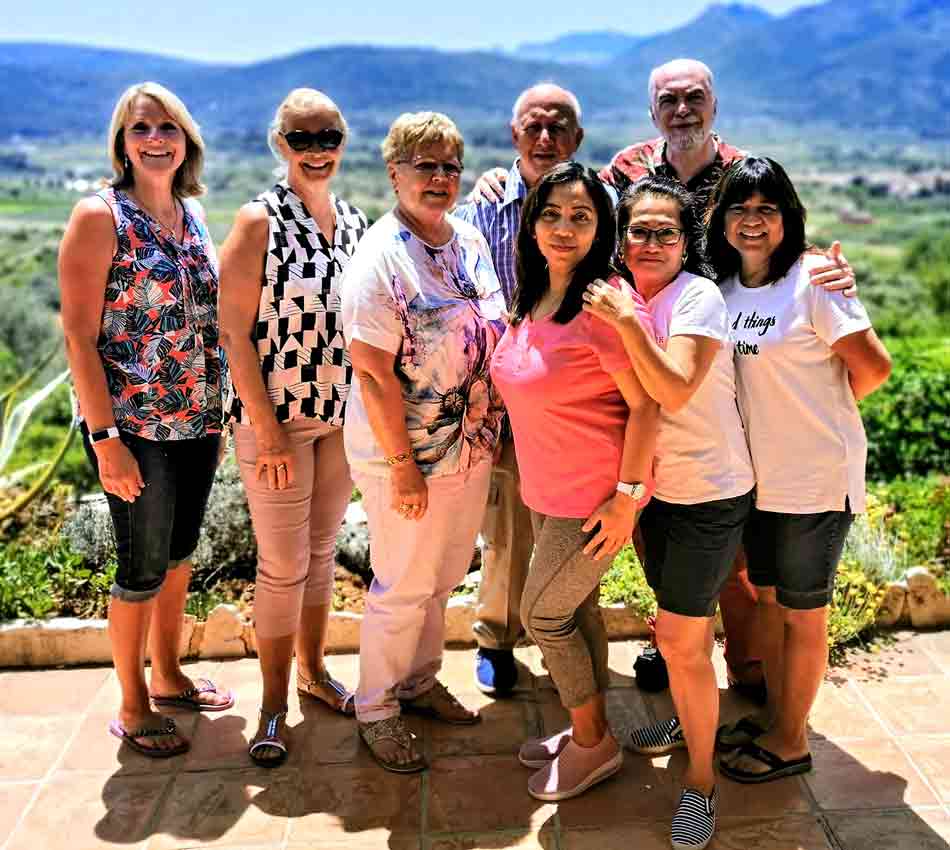