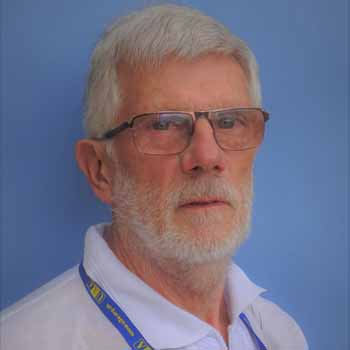 * Married Barbara in August 1972 and are celebrating our 45th anniversary this year, 2017. Lived in East Ham (North East London) and then moved to Essex (Silver End) in May 1974 and lived there until moving to Alcalali in 2012. Before moving to Alcalali we had owned a property in Moriara since 1986.

* No children but plenty of nieces and nephews to be concerned about.

* We joined the U3A as soon as arriving in May 2012 to make friends and also volunteered for Jalon Valley Help, helping out where we can.

* Most of my working life was spent in technical sales engineer (Management) in the Plastics and Rubber Industry.

* Following our move to Silver End Barbara and I were involved with the local Carnival Association and I was Treasurer for a number of years.