At the General Assembly on 7th February, a group of lovely ladies arrived with a fabulous array of mouth-watering home baking, all to be sold in aid of the Goodwill Team’s Charity Fund. 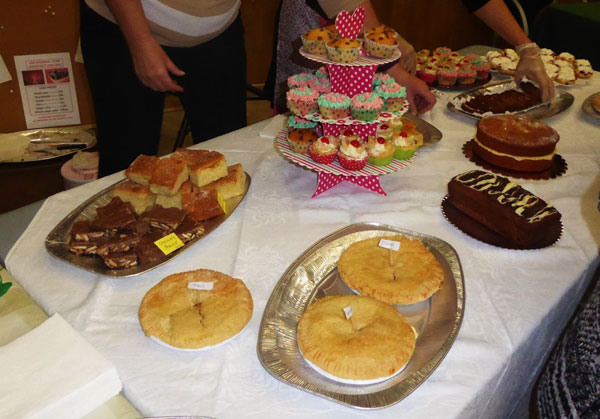 There were lots of ooh’s and aah’s when the cakes were spotted and remarks like, ‘Oh, but I am on a diet!’, to which the response was ‘A little of what you fancy does you good!’ Suffice to say the cakes shot of the table, some to be consumed with morning coffee, others whisked away to enjoy later with a cuppa at home. Those cakes still waiting for a home (or a tummy!) were expertly auctioned by Elaine Horton until there were very few left, these being sold at the end of the meeting by donation.

A ‘Very Big Thank You’ to all the expert bakers who donated their time and talents to contribute to the cake sale, which raised a superb €185 euros. This has been added to the other donations received today for drinks and members €1 for selecting the charity of their preference, bringing a total for the day to €232, which is fantastic.

Thank you to all the members who purchased the cakes, it is hoped that you really enjoyed your little treats and that waistlines haven’t suffered too much. The next fund-raiser will be at the General Assembly on 4th April, so be prepared for another fun event to help boost the charity fund.