Despite the terrible weather a full house of members attended the May General Assembly at the Polivalent in Murla last Thursday, 5th May, for a packed programme of events. When we arrived we saw the excellent display of paintings from the Art Group, with various themes and some multi-coloured paintings. 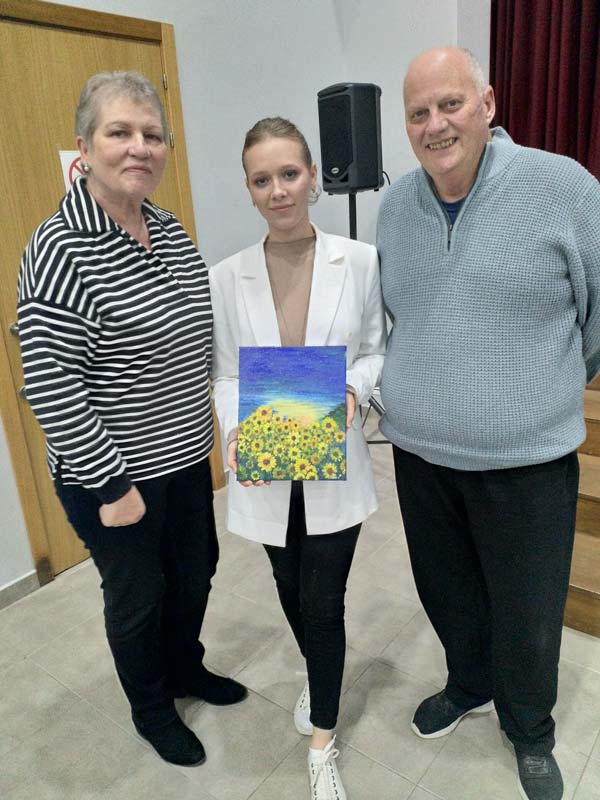 One of the best paintings, ‘Sunflowers at Sunset in Ukraine’, had been painted by a guest to the group, Ira Borobets a refugee from the war in her country. At the end of the GA this painting raised 110€ in auction with the winning bid from Nora Rochester, who were delighted that Ira could present them her painting at the end of the meeting.

The Goodwill Team had set up a plant stall, to encourage us all to get out into the garden once the sun returns, as promised for later in the week. The plants varied from succulents and African violets to Fig trees, so no excuse not to get busy. 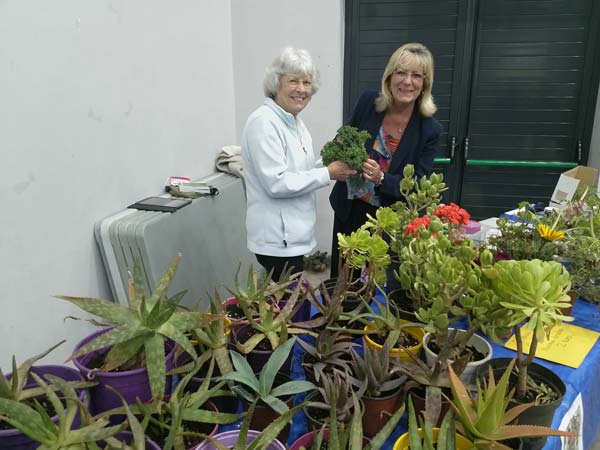 Just time to look around the group notices and to check the TCET events, Wow – Swinging 60s at Benidorm Palace in November – yes please and then, as we settled to our coffee before the meeting commenced, a final surprise - homemade sausage rolls produced by Paula Heffron – yes please we can do this again and again!! The sausage rolls and plant stall raised 158€ for the Goodwill Teams charity fund.

After the routine committee reports Pam Brooks and Jayne Nuttal Blake, of Jalon Valley Help and Cancer Care (Javea) respectively, gave us a brief outline of their new joint initiative ‘Cancer Care the Valleys’, which will provide trained nurses, councillor, patient liaison officer and support worker at the hospital aimed to make life easier for anyone diagnosed with cancer.

Finally, Alan Oliver gave us a detailed and informative talk on ‘The Franco Years 1939 – the Present’ when Franco, having won the civil war sought the restoration of the monarchy and democracy, as he saw it under his dictate of:

This was a period when Spain was devasted by the cost of the civil war and the loss of its gold reserves to Russia and recovery was very slow, with much civil unrest.

In 1969 Franco selected Juan Carlos to be king on his death and oversaw his education, hopefully into the king he imagined following in his footsteps. When Franco died, in 1975, Juan Carlos developed a new constitution, with a Congress and a Senate, 4-year terms in power and autonomous committees, which enabled Spain to develop to the country it is today and to move on from the Franco years.