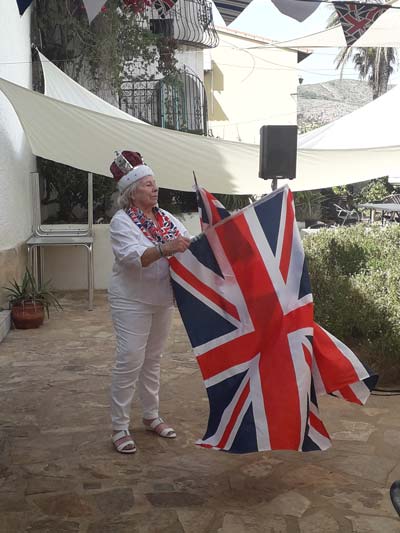 With a large number of our members coming from many parts of the United Kingdom we were all a buzz with details of the celebrations planned over the Jubilee weekend in London. So, not to be out done, we decorated the Polivalent in Murla for the June 2nd General Assembly with flags, bunting and memorabilia of the UK Queens 70-year reign. 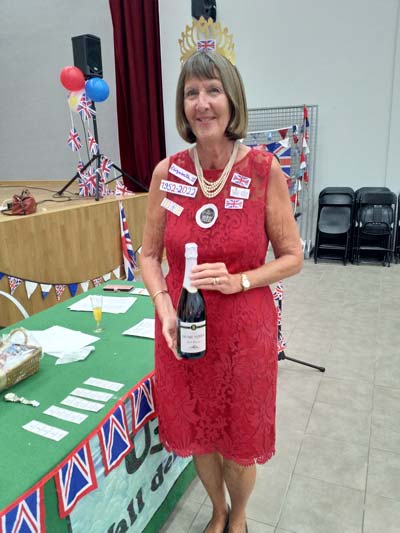 The General Assembly started with Bill White serenading us on his keyboard with a wide range of popular songs. The official business was quickly dispensed with to enable the party to start with the Let’s Sing Together group getting us in the mood with a selection of popular songs, which we were invited to join in with the choruses. This was followed by the announcement of the answers to the Queen’s Celebratory Quiz, with twenty-two questions about events that have occurred during the Queen’s 70 years on the throne. The winning table got 21 out of the 26 answers correct – I don’t know why I missed out on some much information!

Then back to the fun with Pauline McGough entertaining use with some amusing songs, not least the Menopause Blues and more songs from the Let’s Sing Together group before cakes and cava. After a top up of our glasses it was time for the Loyal Toast and more classic tunes from Bill, including Land of Hope and Glory. The raffle draw and the selection of the winner of the best dressed member prize to Gill Bingham [Photo]. We closed the meeting with God save the Queen and three cheers.

Then the next day it was Afternoon Tea at Victoria’s in Parcent, as our version of the street parties in UK. 65 members had a splendid afternoon with lots of cakes, cava and singing, capably led by PaulJ. The afternoon was crowned off by a visit of Jenny Tollan waving her big flag!

Certainly celebrations to remember for a long time – and now for the Jubilee Concert from Buckingham Palace on the TV on Saturday night. The UK certainly knows how to party – with or without Boris!!! 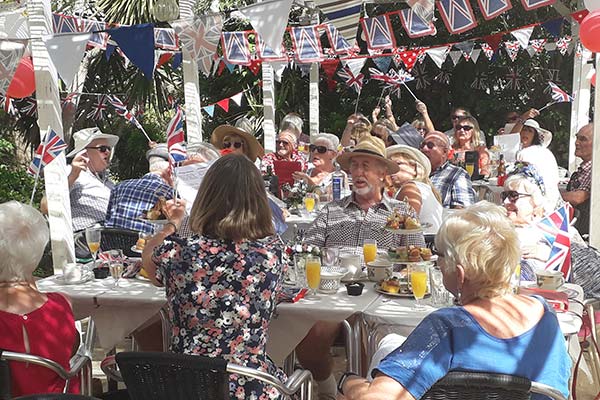