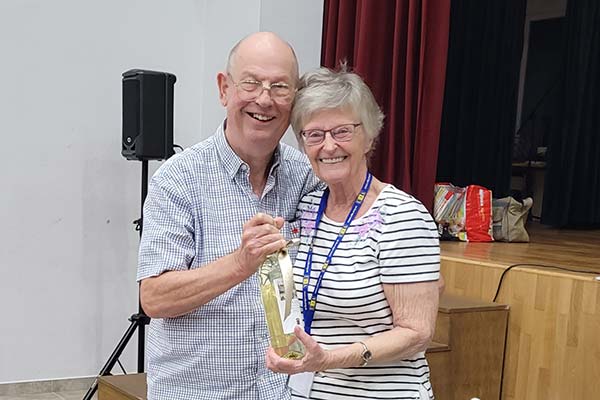 Is It Really Cats Up Trees?

Last Thursday, 3rd November, another full house of members attended the Vall del Pop U3A General Assembly for what turned out to be an entertaining and informative morning. Prior to the meeting we were all able to enjoy Paula’s home-made sausage rolls with our coffee whilst we tackled Bill’s Quiz and let the ladies perused the pre-loved stall. In excess of 160euro for the Goodwill Teams charity fund – thank you to everyone who contributed. 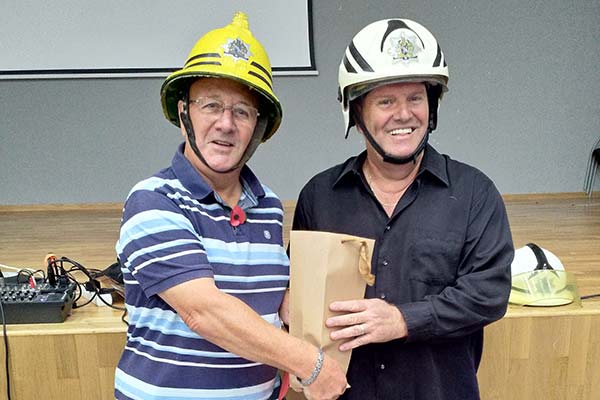 Once the association business was completed we all settled to hear a most interesting and informative talk by Pete Cleary, ‘Pete The Fireman’, about his 30 years of service with the UK fire brigade in Oxfordshire. As the title of Pete’s talk implies the old view of the fire service was one of drinking tea, rescuing cats and putting out the occasional fire. However, much has changed from this perception during Pete’s service and the fire service has gone from a donkey jacket and cork helmet approach to high-tech clothing and equipment for a service now involved not only with fire protection but flood relief, accident and terrorism support – and in 30 years Pete admitted he had never saved a cat!!

I had not realised that the first fire services were organised by Insurance Companies, and if you hadn’t paid your policy fee they did not come. It was only in 1941 that the National Fire Service was formed to fight the fires caused during the blitz.

Now in the UK there are nearly 3,000 fire stations which provide 24/7 cover and are structured to be on the road within five minutes of receiving an alarm call.

As with all industries in the later part of the 20th century Health & Safety came into existence also for the Fire Service, resulting not only in better equipment, more training but better thought out action plans as part of Integrated Risk Management.
Although there has been an improvement in safety in the home there are still serious fire risks, as seen by the Grenville Tower disaster. Pete advised that even today the major causes of fires in the home are:

Pete recommended that we consider, and action, the following safety provisions for our homes:

Smoke alarms – these are relatively cheap and provide early warning of a fire,