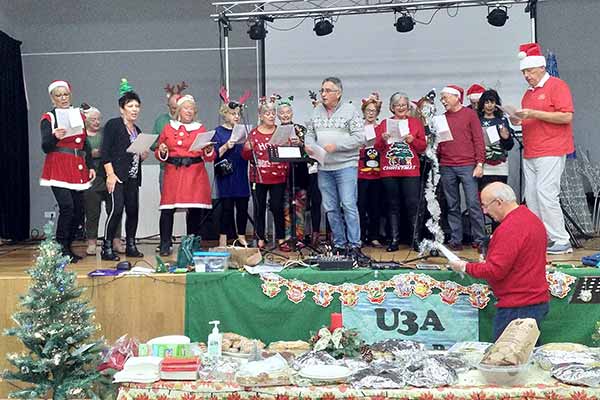 An early start was set for the Vall del Pop U3A’s Christmas General Assembly, as a busy programme of entertainment, food and drink had been arranged to follow the business side of the association’s GA.

Bill White was on his keyboard to welcome us in, with a varied selection of Christmas tunes and popular music. Before we could take our coffee and seats we had three important tasks to complete:

We then had time to browse the stalls of goodies. The Yarn & Thread group were displaying a wonderful collection of items the members had made and they raised nearly 90€ for the Goodwill Team’s charity fund. The Goodwill team had their pre-loved and second-read bookstalls set up. So ladened with our purchases we found our friends and settled at our tables, with Peter & Sally Ellis’ quiz waiting for us whilst we enjoyed our pre-meeting coffee.

Once the U3A business was over the entertainment started with the ‘Let’s Sing Together’ group giving us a selection of their favourite numbers. This group, which has only been going for just over a year, continues to grow in numbers and to expand both their range of songs and, under Paul J’s guidance, their harmonies. They soon had everybody singing along to songs we all know and love.

Jacinthe then gave us a demonstration of her keep-fit exercise programme with several of her team supporting her with their well practised moves, before Pauline McGough entertained us with some songs of her own to favourite pop tunes, including her excellent ‘Menopause Blues’ to the Bohemian Rhapsody tune – superbly sung and performed and very very amusing.

We were then invited to make our selection from the ‘bring-a-plate’ and share table, which was groaning under the weight of food, from Christmas cake to tuna & cucumber sandwiches, quiche to pizza and lots and lots more, including delicious sausage rolls. As we loaded our plates the cava and buck’s fizz was served and we all went quiet as we enjoyed our Christmas spread.

Sally then went through the answers to the quiz and we ended up with three members tied on fifteen points, so a tie-breaker question was asked from which Chris Wollaston was first with Liz & Alister MacLoed second. Father Christmas appeared to make the free-of-charge raffle draw for the vast array of amazing prizes.

Our Christmas party was closed by the ‘Let’s Sing Together’ group regaling us with more songs to draw a wonderful morning to a close.

Wishing you all a Merry Christmas and a Happy and Peaceful 2023. 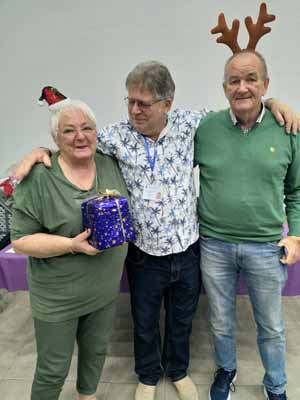 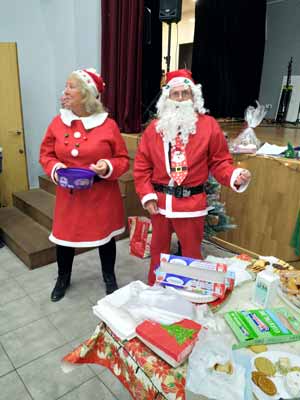 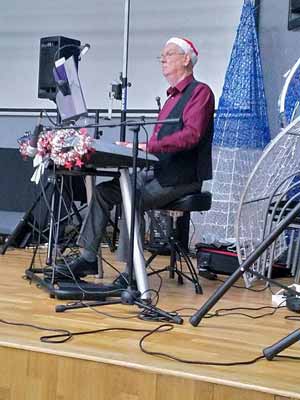 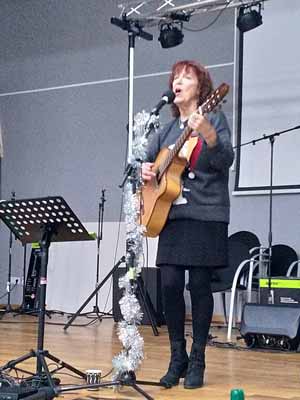 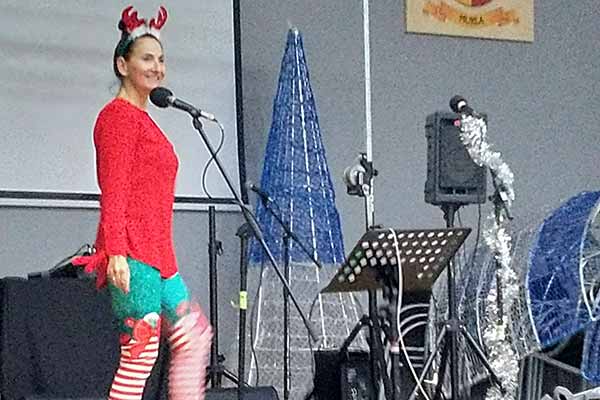 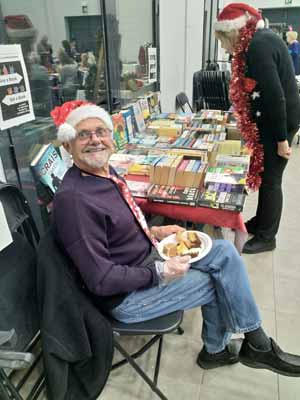 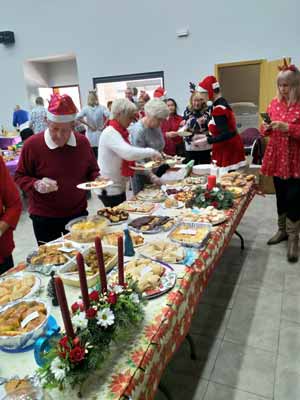 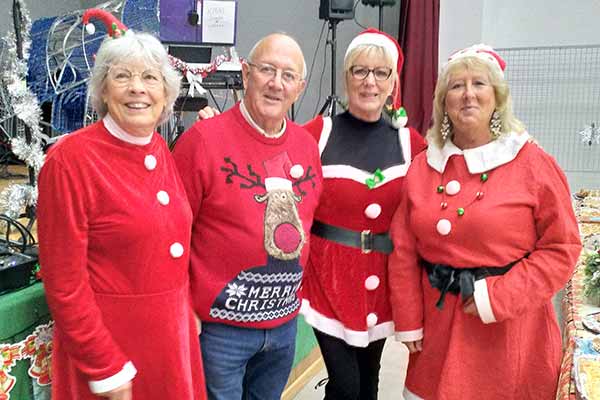 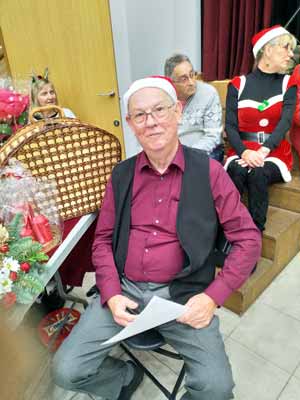 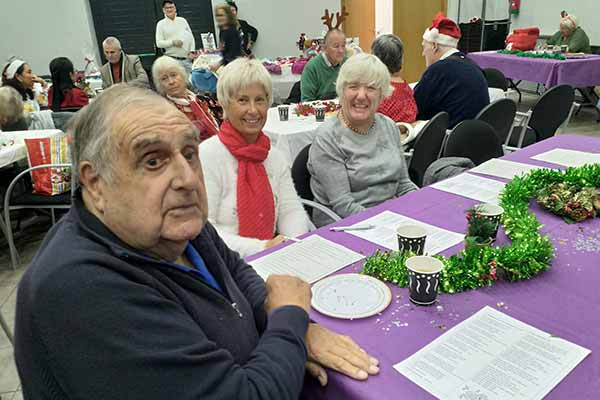 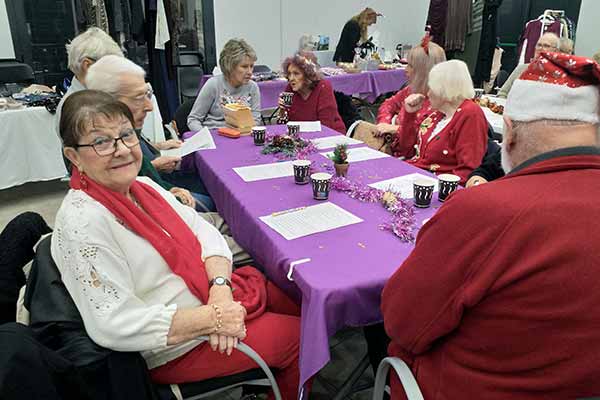 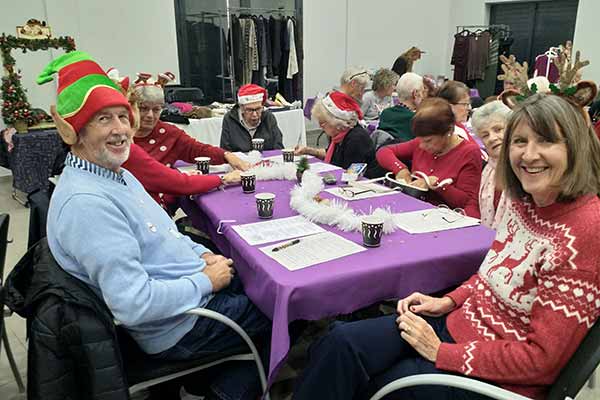 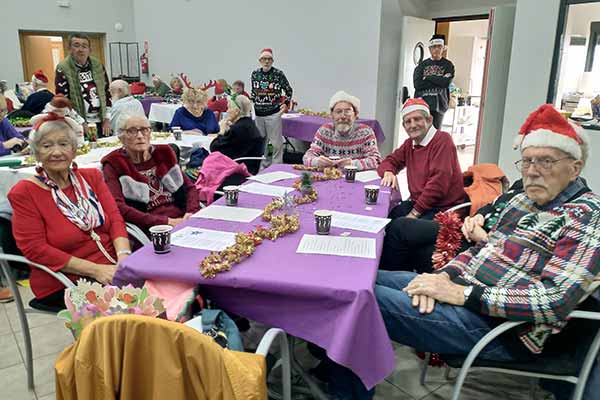 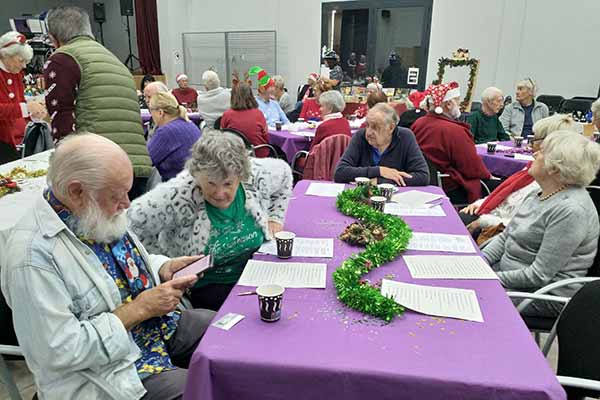 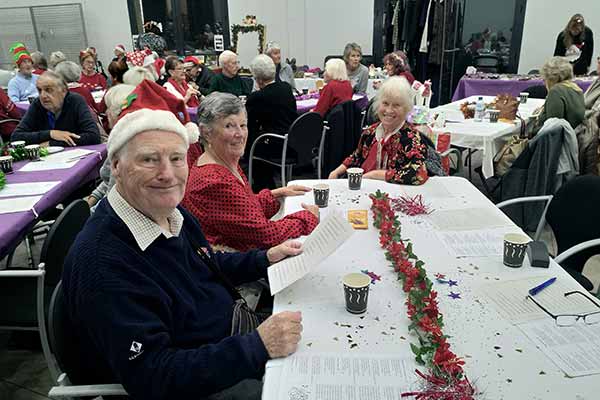 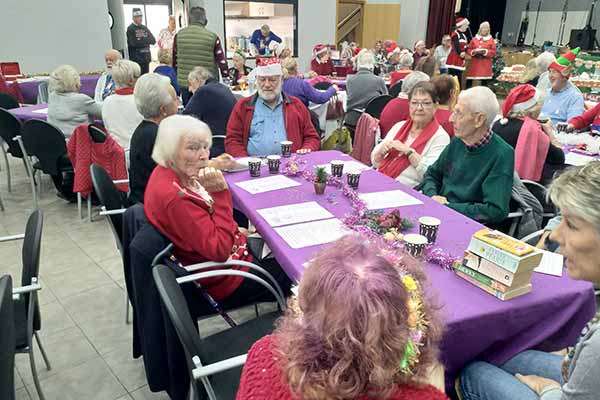 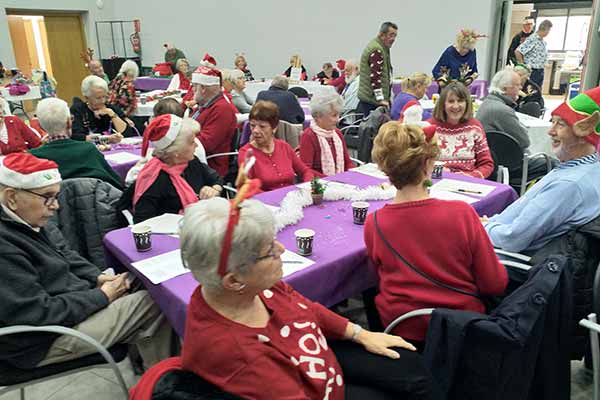 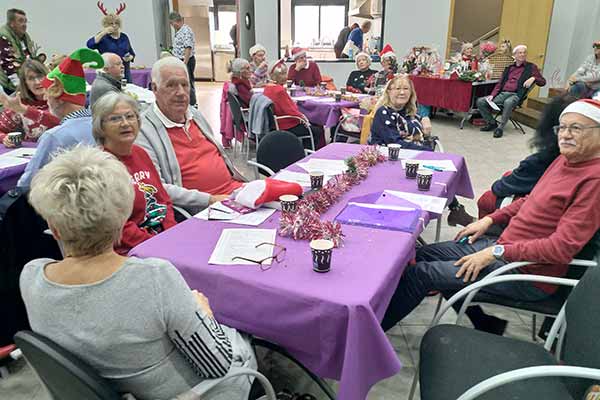 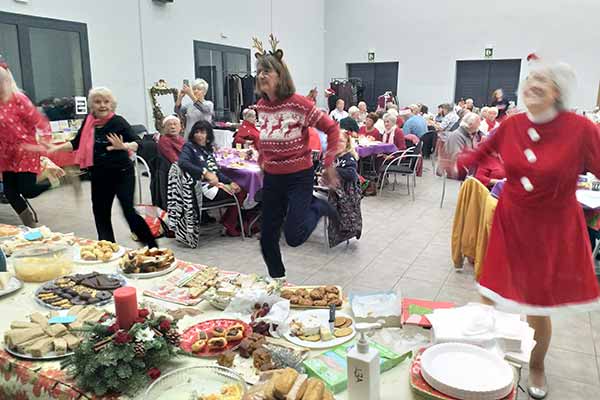