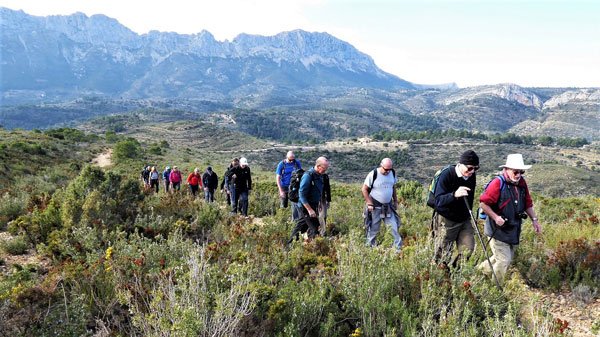 As we enter the second year of the Monday Group, and the fifth year of the Thursday Group, this might be a good time to review progress so far.

We currently have 48 active members between the two groups. 23 live here and 25 are non-resident. Most are from the UK, but there are also Dutch and German members. 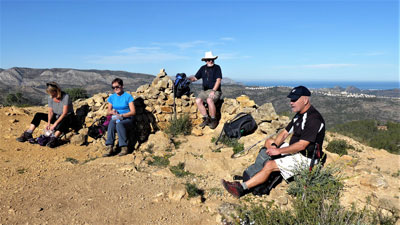 Most prefer to walk with the same group on either Monday or Thursday each week. But at present three residents walk twice a week. Members are welcome to walk on either day, or indeed both, but only if the walk limit of 16 is not exceeded.
Both days seem to be equally popular, and we usually have between 12 and 16 on each walk. We feel this is an ideal number. Small enough for everyone to know each other, but large enough to be able to mix and match during the 5-6 hour walks. 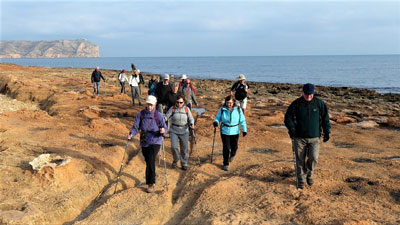 This year for the first time we have had to start a reserve list. Numbers are often high during January. Whether because everyone wants to get fit after Christmas, or because there are just more non-residents here for a little sun after the grey skies of winter in the UK I am not sure.
But in January we had high numbers of both walks. 22 members wanted to join one walk. It is the first time that we have said no. We started a reserve list until numbers reduced. 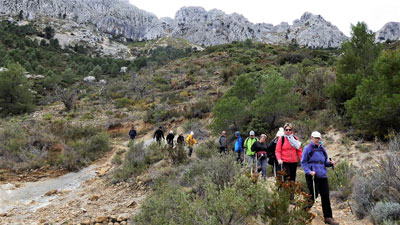 We give priority to regular walkers, who are usually residents. But we also try to fit in as many non-residents as we can. No one has been on the reserve list for more than two weeks. Going on past experience we expect that numbers will start to reduce during the end of February.
More details available on our Group Page