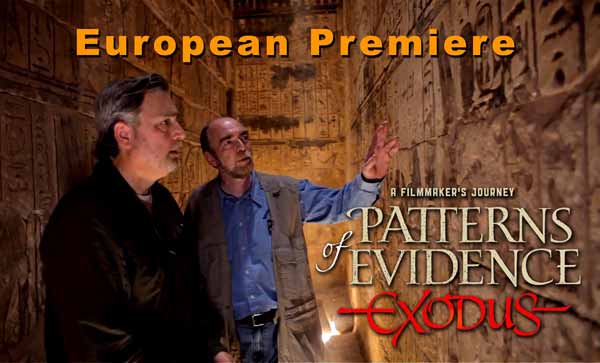 On Monday 4th March a full house at the Jalon Town Hall was enthralled by the European Premiere of the Tim Mahoney’s Film – Patterns of Evidence: Exodus. The film, which was shown to millions in the USA on
Its US Premiere on a single night in February 2016.

It presents David Rohl’s PhD study findings which shows there is archaeological proof which supports the Bible story of the Exodus of the Israeli slaves from Egypt to their conquest of the promised land, Israel, but not in the time of Rameses II - which is the usual timeline associated with the Exodus. 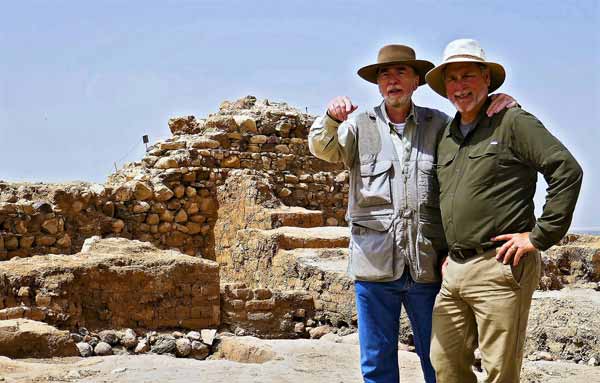 The film debunks the belief of most archaeologists from the 1950’s, that the stories in the bible are a myth not historical fact. David Rohl does this by establishing a timeline where the historical facts, found by the archaeologists, fits with the history given in the early books of the Bible, and presents his New Chronology timeline theory which closes a previous black hole in Egyptian history, and by their links to the history of many Mediterranean countries. David, who appears in the film to explain his new chronology, also wrote most of the music for the movie.

The film handled this sensitive subject sympathetically, with many of the religious leaders and archaeological scholars interviewed having very different viewpoints. Regardless of your own personal beliefs, this is a film well worth watching for its historical interest, and new archaeological findings, and the careful way in which it was presented.

Available are various editions from Amazon.co.uk on DVD from £8.00 + p&p].