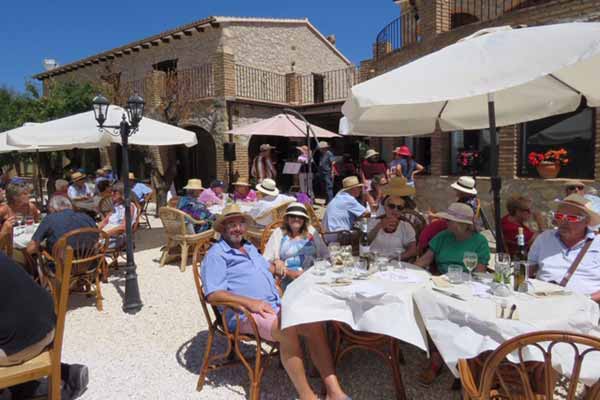 A glorious sunny Friday, 31st May, saw some 70 U3A Vall del Pop members assembling at MasLaPau for a leisurely lunch on their terrace, nestling in a quiet enclosed valley just outside the village of Lliber. The venue was new to most of the members and comprises three beautiful stone buildings, with arched nayas, and an infinite pool, as the basis of their restaurant and Spa. 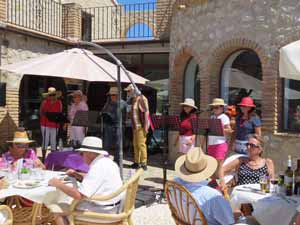 The tables, for four to eight guests, were laid out on the gravel terrace where a gentle breeze helped the shade umbrellas to avoid guests getting too hot. The lunch, of a fine salad was followed with roast pork and cheesecake, was served throughout the afternoon with red and white wine – with copious glasses of water to keep us all hydrated.

The members were entertained by the U3A’s newest group, The Entertainers, to a selection of songs from the 1960s through to the present – with opportunities for solo performances as well as group songs. The singers were well supported by their backing group, who demonstrated some backing-style dancing skills.

The afternoon was completed with a raffle, where the proceeds some euro 150, were added to the Goodwill Teams charity pot.

The members generally agreed such afternoons, with lunch in pleasant surroundings, should be arranged more frequently through into the autumn.

Why not come along and join the fun? 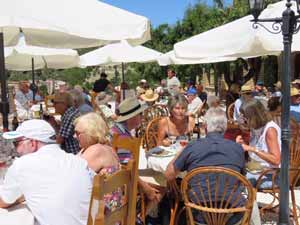