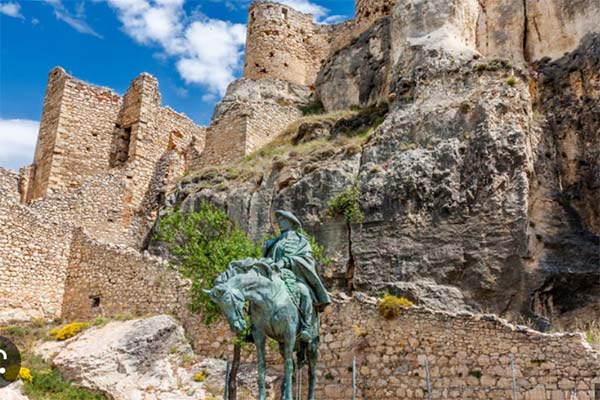 Day 1
T’was just before Christmas and the day dawned bright with 45 brave souls, Vall de Pop U3A members, gathered at 10:00am in the car park in Xalo ready for their Christmas trip to Peniscola.
Our first stop was the beautiful city of Valencia, what a wonderful city full of great architecture in the modern style. After a brief lunch it was back on the coach and off to the hotel in Peniscola.
We arrived at the hotel and booked in, then down to the bar for a quick drink before dinner. A buffet meal with copious amounts of wine I seem to recall, and the modus operendi for the holiday had been set!!!
Then back to the bar to join in the entertainment with the rest of the crowd.

Day 2
After a good nights sleep it was back on the coach and away to the ancient walled city of Morella [photo]. Lots of good exercise walking up to the castle with plenty of places to stop for a coffee and a cake on the way. For those of us who climbed up to the castle, the views were fantastic with interesting statues along the way. With my legs getting weary I had to stop for a cream bun and a coffee to give me the strength to descend.
Then sadly to return to the coach for the trip back to the hotel for a gala dinner, scrubbed up and best frock and festive hats on for more food and wine.

Day 3
Christmas Day and a gala lunch more food and wine as I started to loose track of what day it was, I think it was something I ate or possible drunk – too much of!!
More games in the bar and meeting some of the other guests enjoying the party.

Day 4 Tarragona
Breakfast and back on the coach for a trip to the port of Tarragona, an ancient city full of historic relics from Roman times to the present day invasion of the U3A Val de Pop. Unfortunately most of the museums were shut and a lot of the shops as well, so it was off to find a place to sit and eat with a little wine.
Many ancient ruins remain from its time as the Roman colony of Tarraco. The Amphitheatre Romà is a 2nd-century arena facing the Mediterranean, the Necropolis contains Roman tombs, and traces of the Forum stand among the alleys of the walled, medieval Old Town. A walkway along the ramparts, the Passeig Arqueològic, has sweeping views of the city

Day 5 Peniscola
Everything packed, on the coach and down to the centre of Paniscola for a visit to the castle, with another exercise to climb to the top of the hill. The castle is located on the highest point of the city. It was built by the Knights Templar on the remains of an old Moorish citadel, with walls of carved stone. Most of the rooms had barrel vault ceilings. It is a sober and solid construction. It was the residence of Benedict XIII, who turned it into a palace and papal library when he moved to Peñíscola in 1411.
Back to the hotel and lunch, before saying goodbye to Peniscola and hello Xalo, weary and probably a few pounds heavier but very happy with our Christmas in Pensicola. 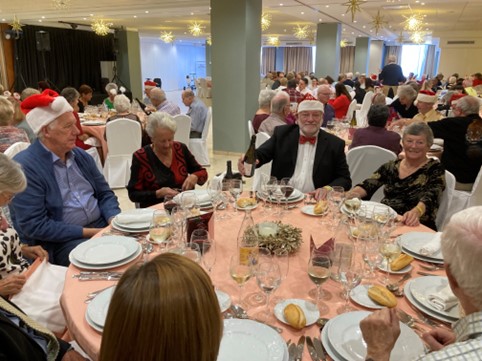 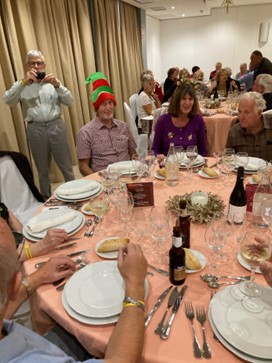 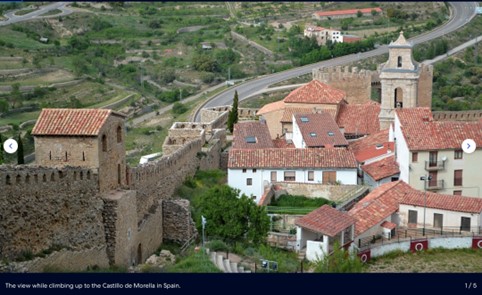